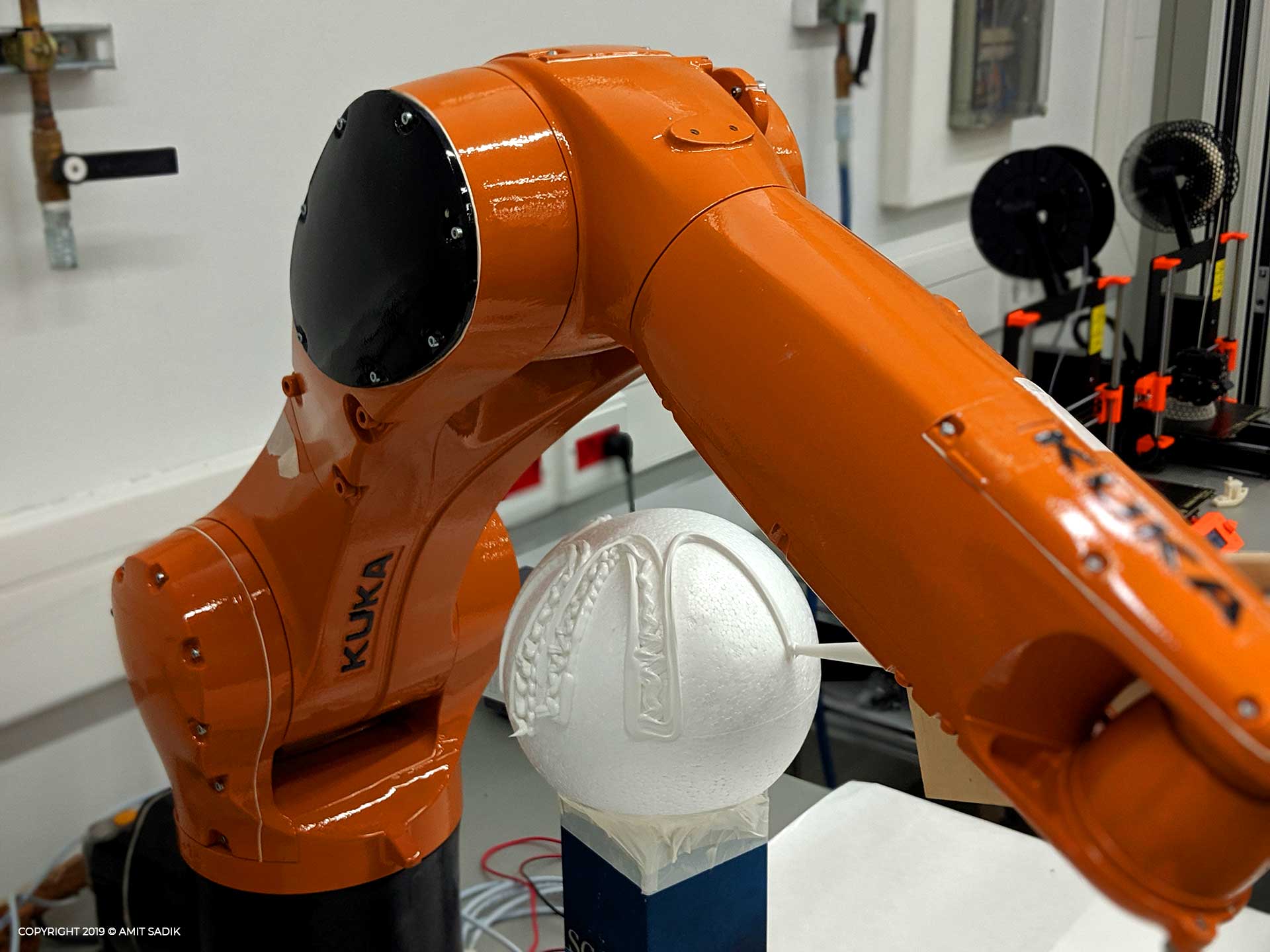 The experiment follows the idea of a few portable robotic arms being able to print on a topographic landscape or any existing form. One possible scenario would be printing concrete on an inflatable dome and removing It once the concrete became fully dried. The following challenges were dealt with during the experiment synchronization of existing form in reality and 3d model, programming a fluidly movement of the robot in all axis, ability to change the shape according to the self weight and offsets of the material.