During the pandemic, many of us found ourselves confined to the home. While most entertainment places were closed, sites such as the terrace, the street, and the park witnessed a revival. The project sought to create a meeting place and urban show, combining participants, the audience, and a playful sense of competition. The interaction occurs between neighborhood residents and passing bystanders in this Montreal residential alley by projecting an animated game that was activated by body motion.

Done with Arduino, Processing, & p5js
Based on openprocessing sketch
Video by Maggie McCutcheon 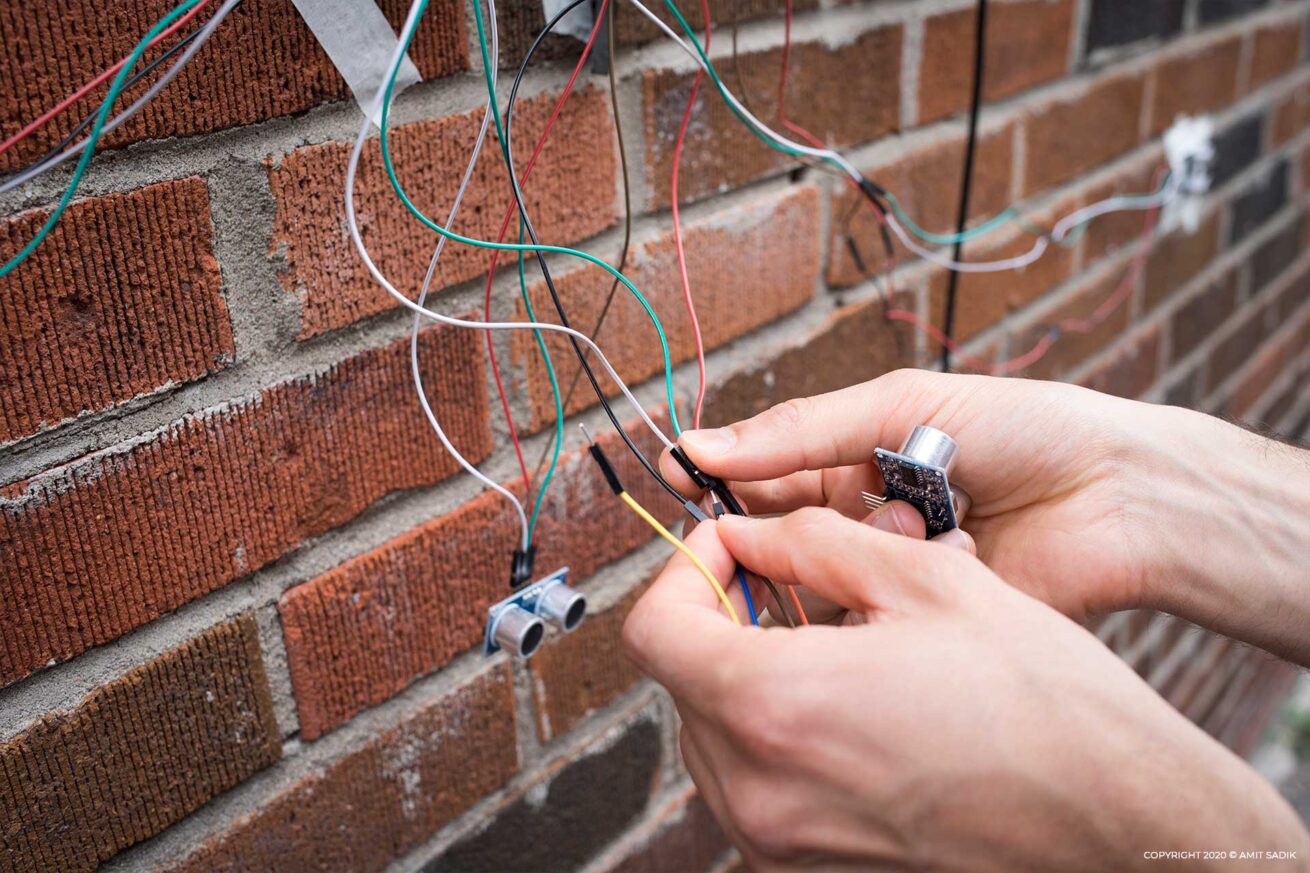 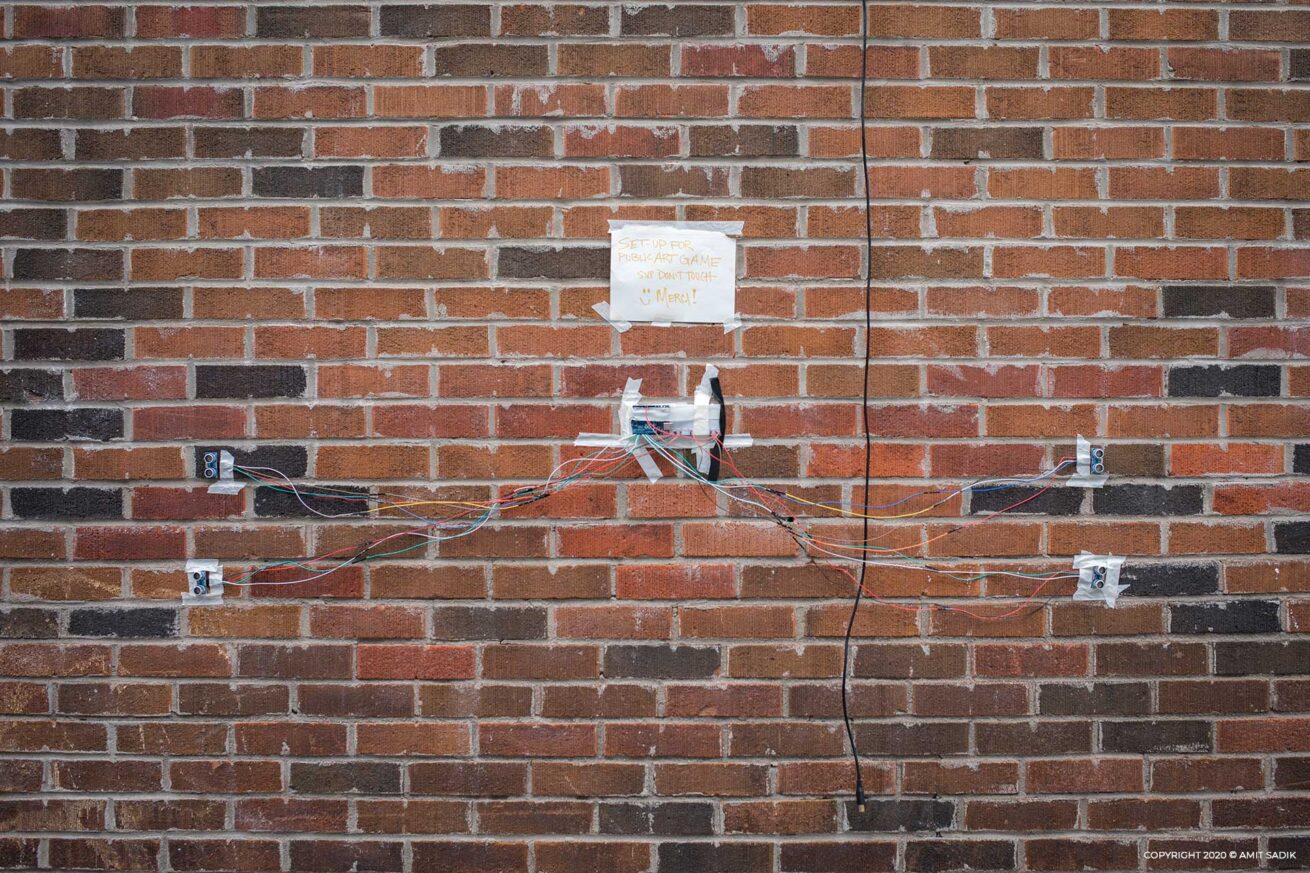 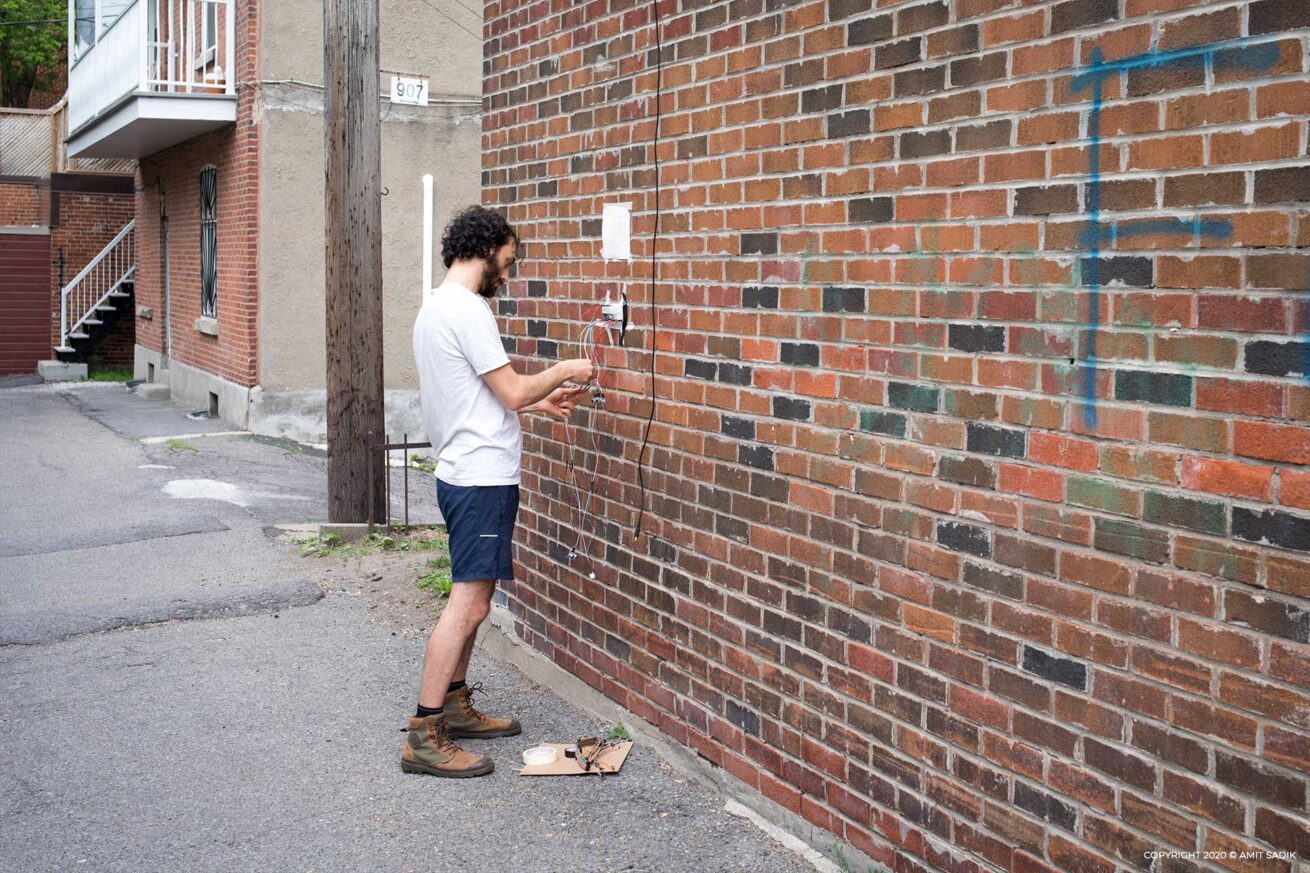 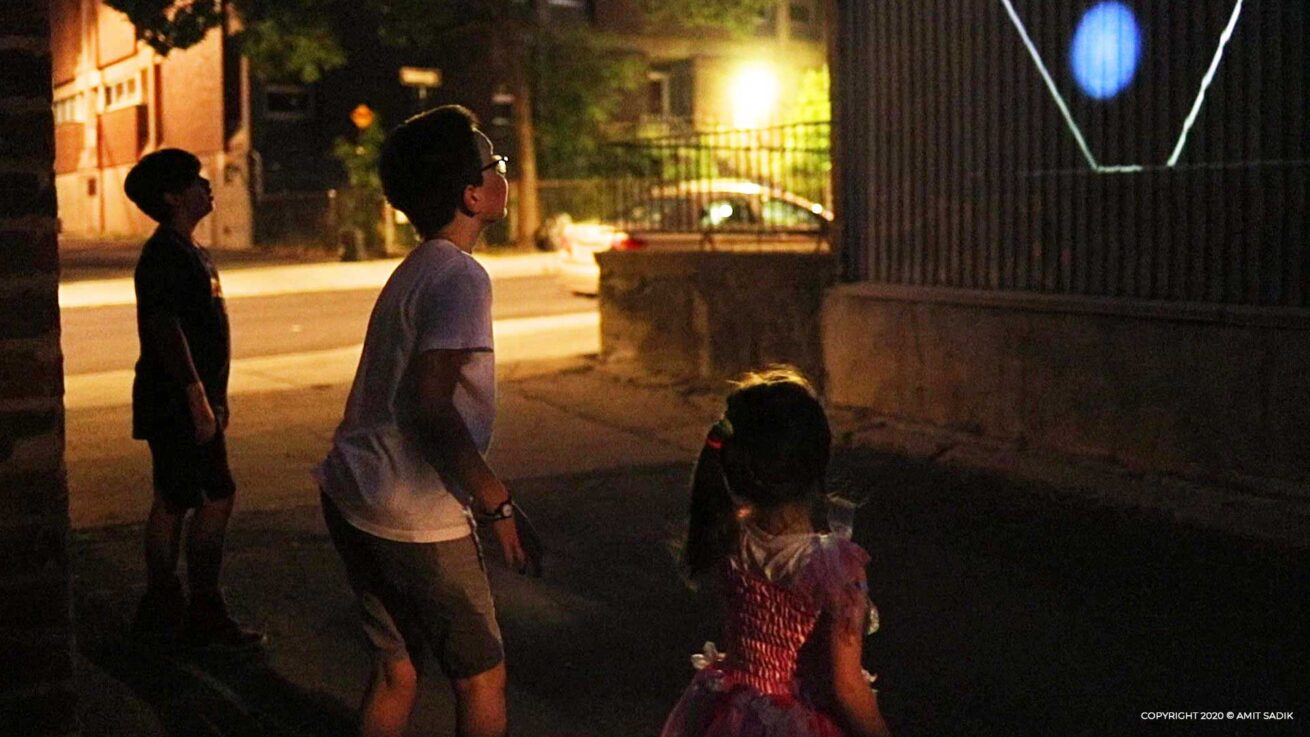